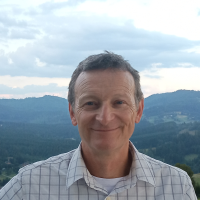 I am working as a peace-worker for the Peace Centre in my town. I am passionate about the human rights issue and its implementation around the world. I have relevant experience in conflict research, transformation, and management. Indeed, I have thirty years of experience in peace, conflict, and foreign affairs.
I have taken part in several nonviolent-actions: 1990 - human chain to promote the closure of the military airport located in San Damiano, Piacenza, Italy; 1991 - demonstration in front of Rimini (Italy) military airport; December 1992 - group leader in the manifestation of 500 people in Sarajevo named “Solidarity for Peace in Sarajevo”, Bosnia-Herzegovina; December 1993 - “Three towns, one peace” manifestation. We reached Zagreb, Belgrade and Sarajevo (but for the last one, only a small delegation); August 1993 - Mir Sada manifestation of 2,000 people in Prozor and Mostar (Bosnia-Herzegovina).
My personal intersts: 2001-2009 I was one of the founders of Nonviolent and Objection Local Association (ALON GAN FC, www.alon.it).This Association held the Course for International Peace Mediators with other partners from 2003 to 2012 and I was the Scientific Coordinator.
2004-2009 – deputy for la Cisl Emilia-Romagna on the Regional Civil Service Board (in order to the Regional Law 20/2003). Elected in December 2004 in Copresc Forlì-Cesena (provincial level for civil service).
2006 – Local Coordinator of the international cooperation project among Iscos Cisl FC, Alon-Gan Fc and Cejis (Study Centre of Santa Cruz, Bolivia, www.cejis.org). Three-year project carried out in Bolivia to support the training of a 40 community farmers' union. On a mission trip to Santa Cruz I wrote the implementation agreement with the partner Cejis for this project.
2006 – for National Cenasca Cisl since 26th September 2006 (UNSC document record: N.39977/II/1) relative to the National Law 64/2001. I am a trainer for both candidates and their managers in the civil service.